2019 was a record setting year for UM-Flint graduate students' final capstone projects, theses, and dissertations that have been uploaded to Deep Blue (the University of Michigan’s repository of scholarly work). In 2018 we finally completed the digitization project of legacy works dating back to the 1980s, so 2019 gave us a clearer picture about what the ongoing scholarly work of our graduate students looks like.

Let’s take a look at some of the year’s statistics. The following data includes all uploaded works as of December 2019 and all downloads that occurred in 2019. 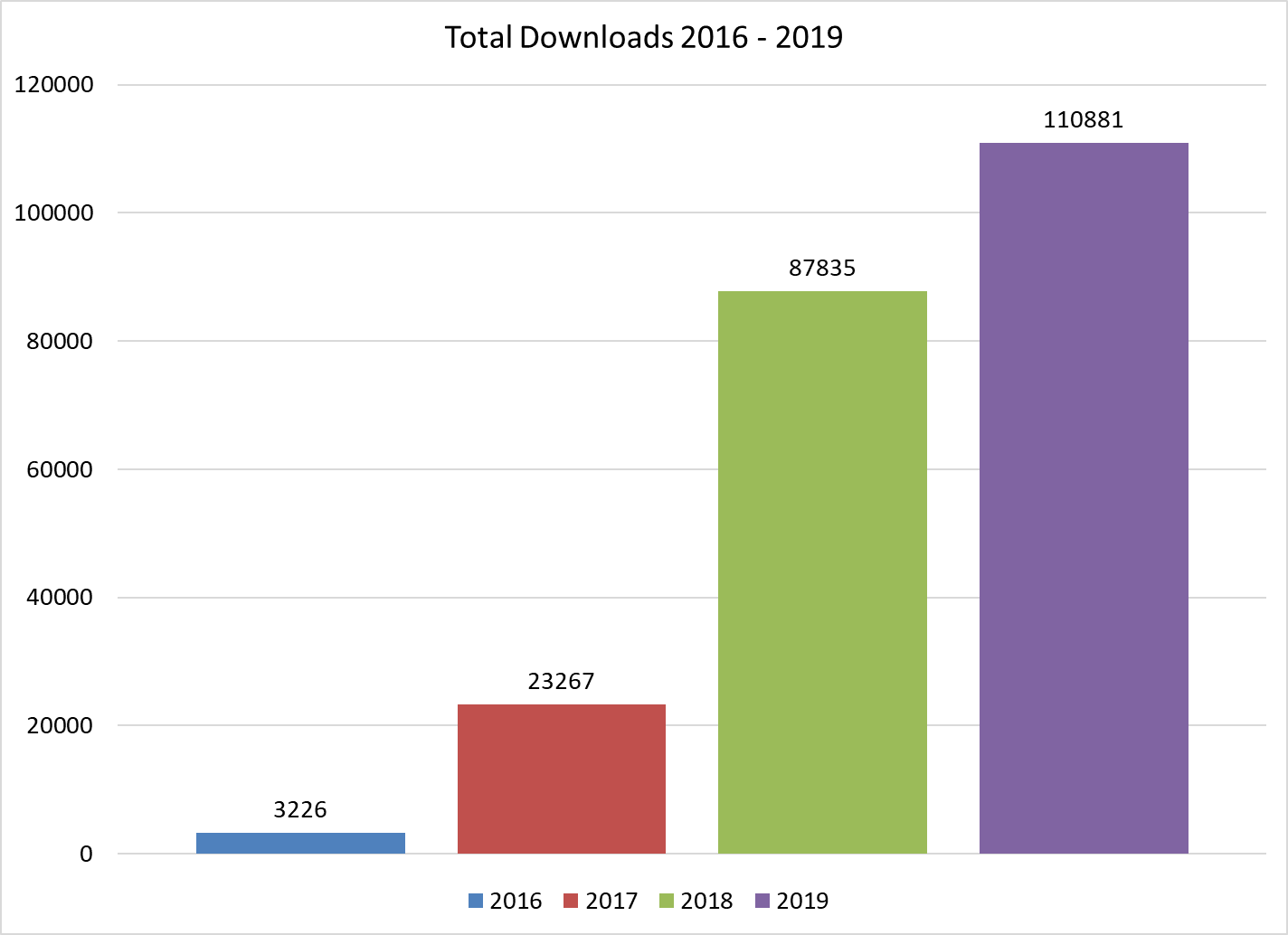 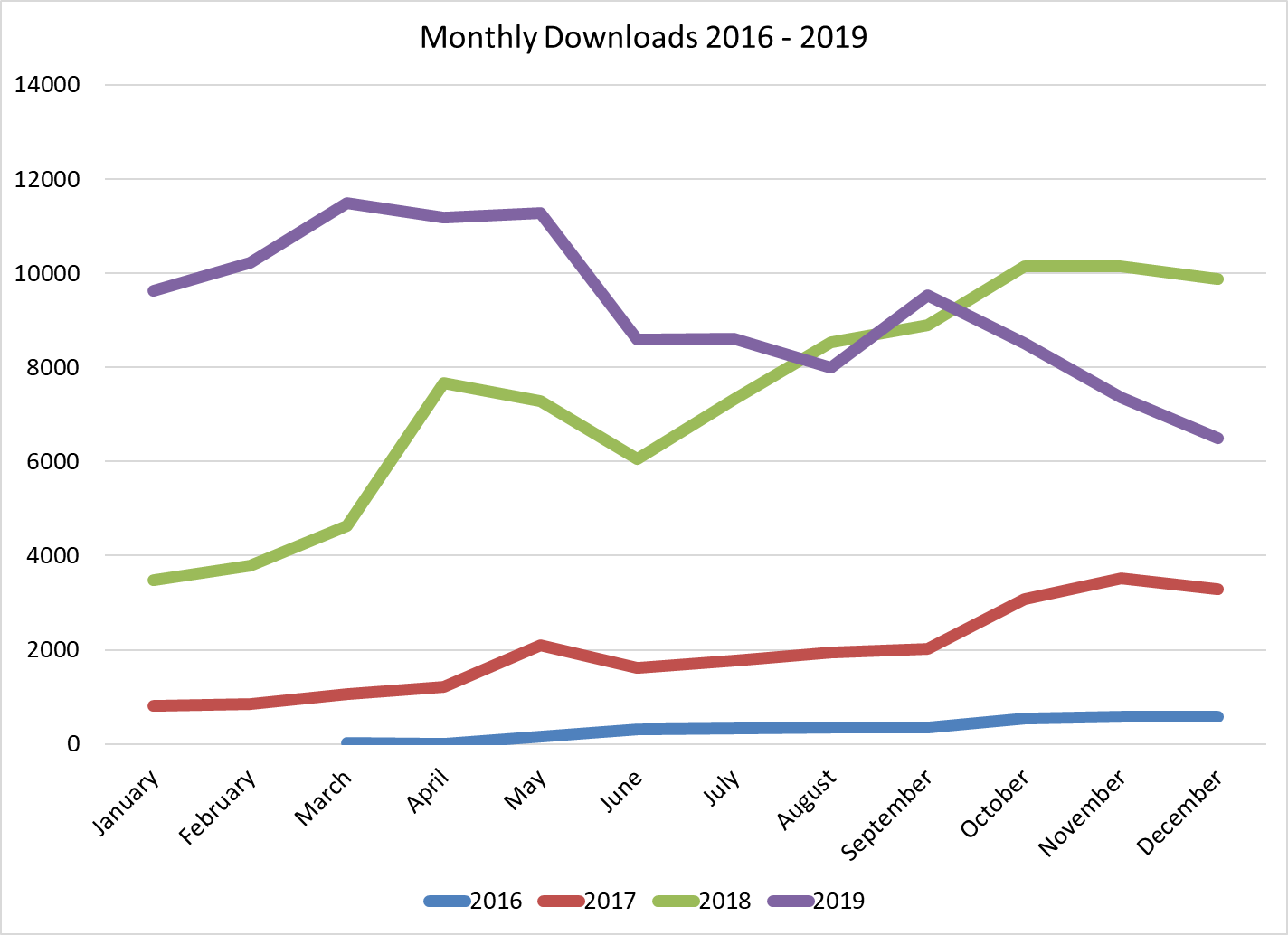 The next graph shows the comparative percentages of downloads according to each program. Liberal Studies and Public Administration are the oldest programs and have more works associated with their programs (213 and 247, respectively), meaning they had more of a chance to earn downloads, but we were impressed by the Doctor of Nurse Anesthesia Practice Program whose 55 works also gained downloads in the 5-digit range. 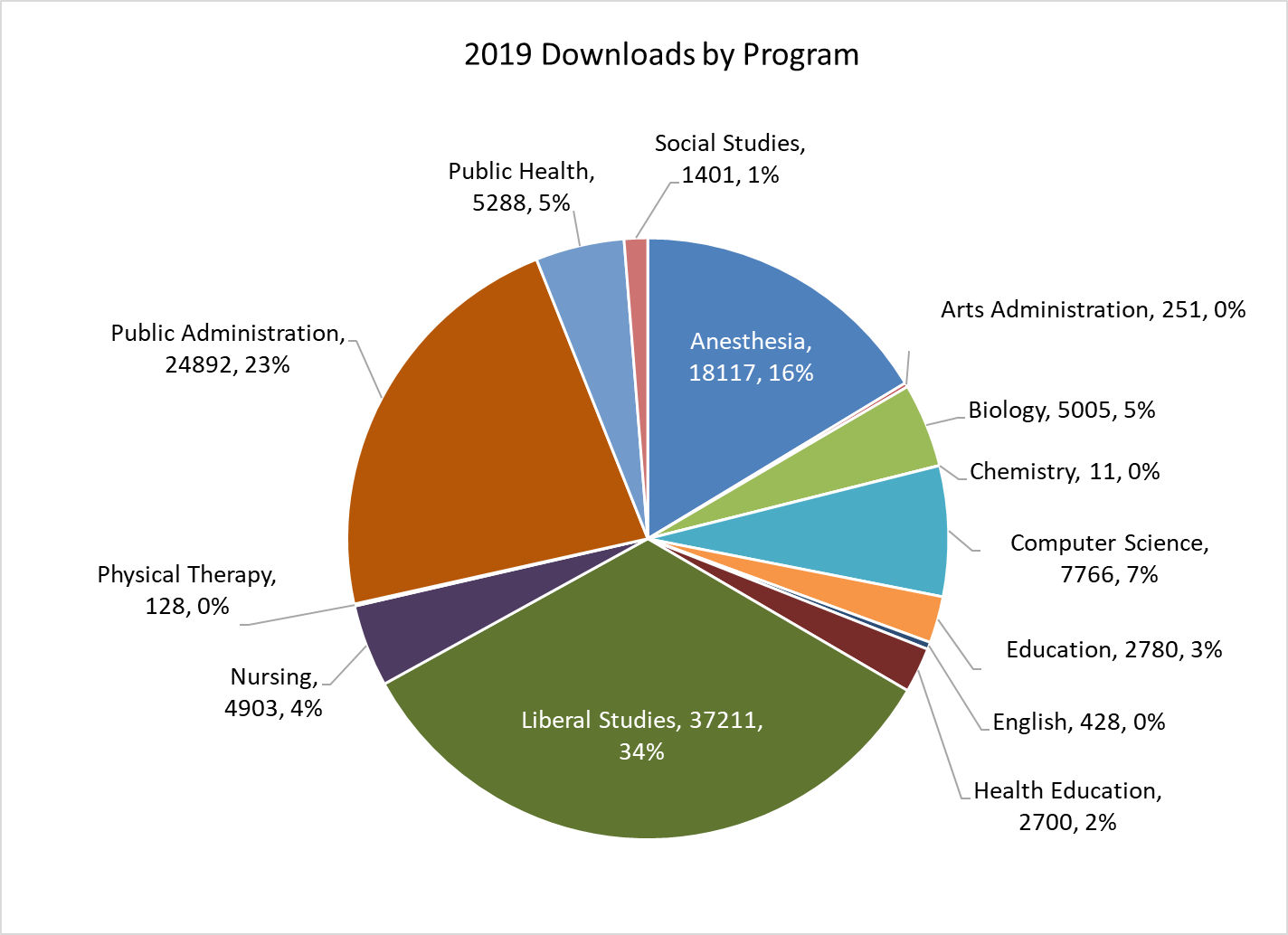 Individual works also showed some changes in download trends in 2019. For example Gregson's Comparing Public and Private Prisons has routinely been the top downloaded work since 2017, and it regularly registered more than 1,000 downloads per month in 2018. Even though this thesis was still the most downloaded work, 2019 saw a steady decline in its number of monthly downloads, and it was not the top earner for five out of the last six months of 2019.

If you have any questions about depositing your graduate work please see our FAQ or contact Liz Svoboda at esvoboda@umich.edu.